You are here: Home / Archives for Education 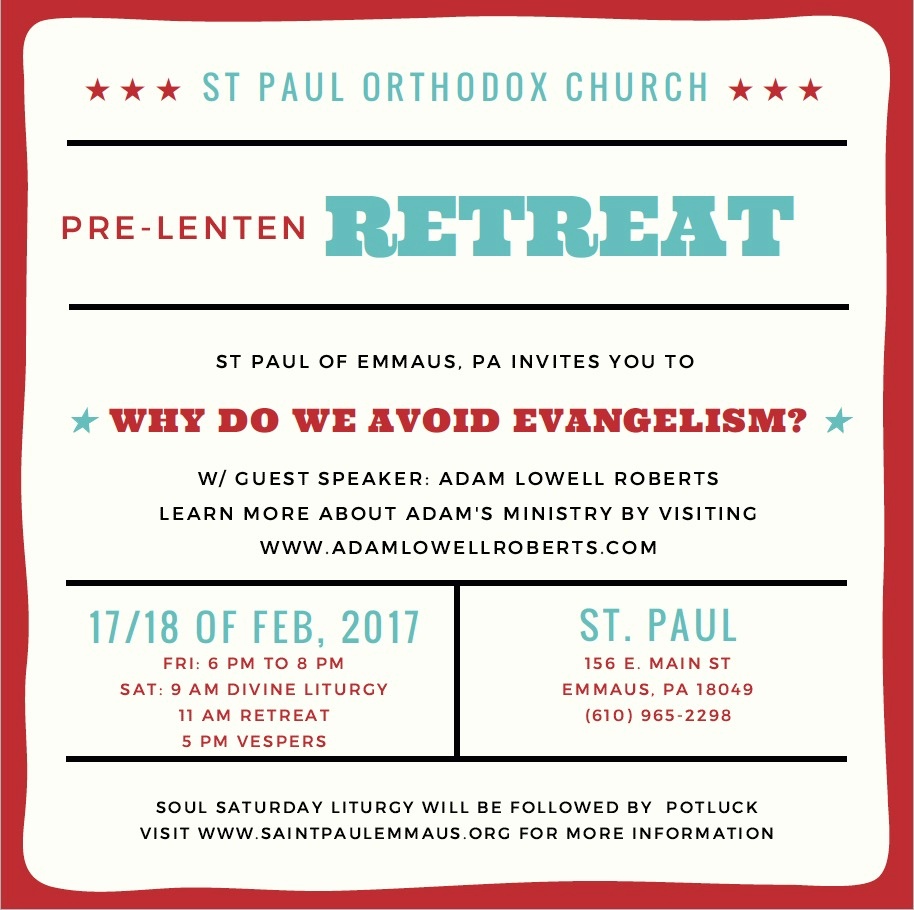 We will explore the indifference, ignorance, and fear of evangelism in America and what our role as Orthodox Christians is. 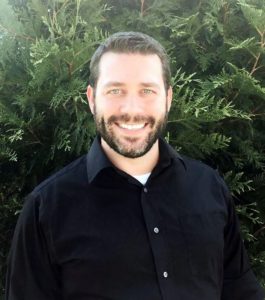 Sdn. Adam Lowell Roberts is the full-time administrator of the Becoming Truly Human program of the Antiochian Archdiocese. Adam was one of the co-founders of Camp St. Thekla for the Antiochian Archdiocese, hosts a podcast on Ancient Faith Radio called “Go Forth,” and is also the author of 100 Natural Ways To Grow A Church. After listening to Ancient Faith Radio, Adam developed a deep interest in the art of a loving discipleship. This interest led him to the Becoming Truly Human outreach ministry.

Beginning January 11, we will launch a new adult education series on the group of writings known as the Apostolic Fathers. These are some of the first Christian writings after the collection of books that eventually became the New Testament. Some were even written by some of the Apostles’ own disciples. It’s a remarkable look into what Church life was like right after the New Testament period.

The edition that I will be using is the Jack Sparks edition, which you can purchase for yourself here or here.

There are many other editions, however, and any of them will be fine.

The class will be conducted in an informal conversational style, and will take us up to the week before Lent, with the last class on Feb. 22. (We will not have class on Feb. 1 as we will be celebrating festal services for the Meeting of the Lord that evening.)

January 11: The Didache (or The Teaching of the Twelve Apostles)

January 25: Clement of Rome, Letter to Corinth (I Clement)

February 1: No Class, 6pm Matins, 7pm Divine Liturgy for the Meeting of the Lord

February 8: Polycarp, To the Philippians and The Martyrdom of Polycarp

February 15: The Epistle of Barnabas

Acquiring the Spirit of Peace:
The Christian Virtue of Dispassion

Acquire the spirit of peace, and thousands around you shall be saved.
– Seraphim of Sarov

Have you ever wondered why we can’t seem to find peace in a chaotic world? Why is life with other people so difficult at times? Why can’t we just communicate? What is wrong with our families? How can we find time and the right spirit to pray? How can we bring peace to our marriages, our families, our friendships, and our workplaces?

All of these questions will be explored with insights from the Orthodox Christian tradition and from observations made from how families and other people groups function together as emotional and spiritual systems in active communion.

Sessions are held following Vespers (6:30pm) on Wednesday nights at St. Paul Orthodox Church in Emmaus, PA. Sessions are free of charge. All are welcome!

We very much recommend to you the following video from Fr. Sergius, the abbot of St. Tikhon’s Monastery here in Pennsylvania. Fr. Sergius here gives very practical advice on prayer. 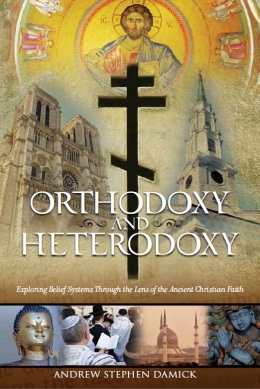 Orthodoxy and Heterodoxy, the popular lecture/podcast series (and book), is going to be presented in a newly revised, expanded and updated form at St. Paul’s in Emmaus beginning on Nov. 11, 2015.

Time for Q&A will follow each talk, which will be roughly an hour at most.

The talks (but not Q&A) will be recorded and uploaded to Ancient Faith Radio.