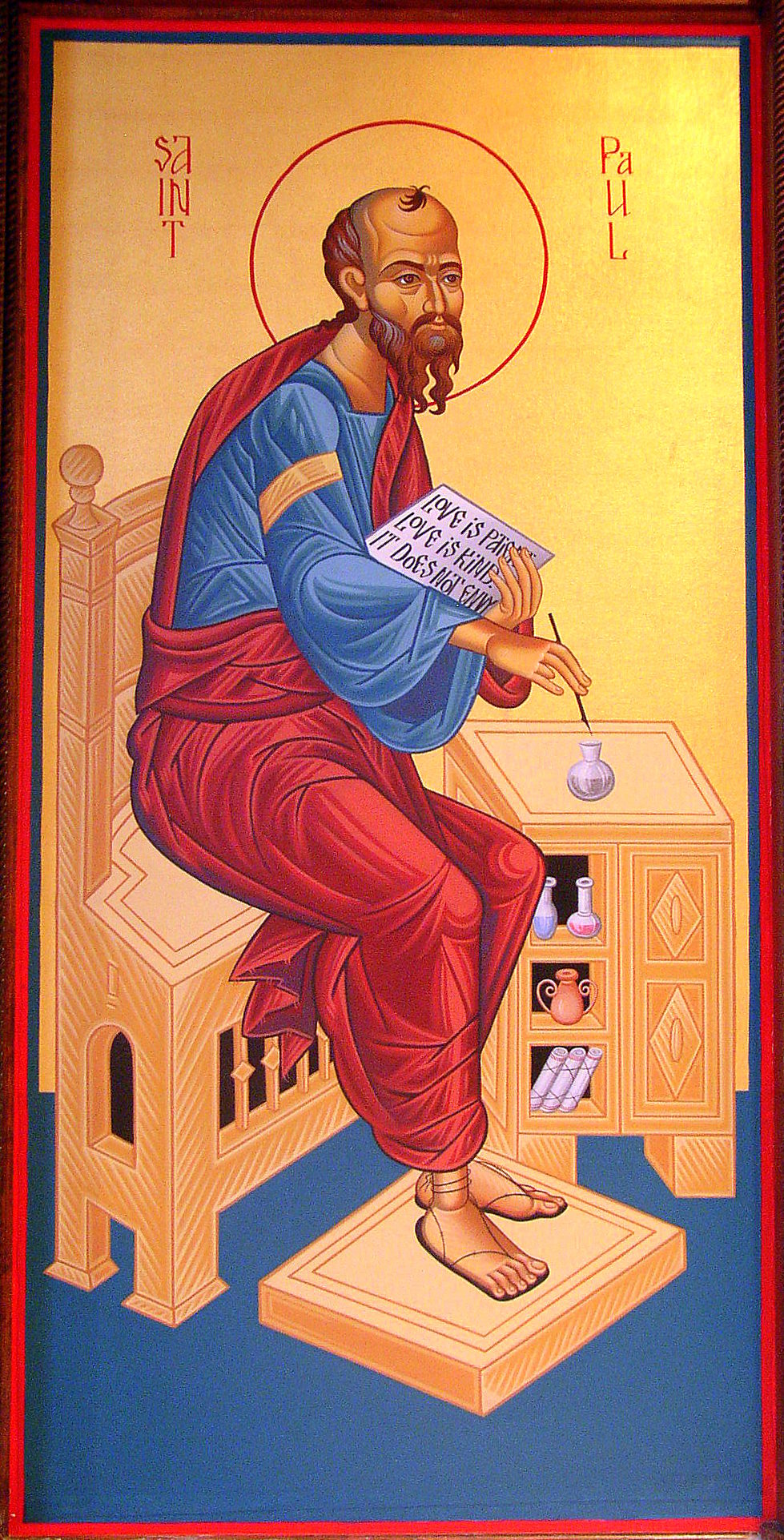 Born in Tarsus and of the tribe of Benjamin, he was formerly called Saul and studied under Gamaliel. He was a Pharisee and a persecutor of Christians, being present at the stoning of St. Stephen (Acts 7-8). He was wondrously converted to the Christian faith by the Lord Himself, who appeared to him on the road to Damascus (Acts 9). He was baptized by the Apostle Ananias, named Paul and enrolled in the work of the Great Apostles. He preached the Gospel everywhere with burning zeal, from the borders of Arabia to the land of Spain, among both the Jews and the heathen, and receiving the title of ‘the Apostle to the Gentiles’. His fearful sufferings were matched only by his superhuman endurance.

Through all the years of his preaching, he hung from day to day like a thread between life and death. Filling his days and nights with toil and suffering for Christ, organizing the Church in many places and reaching a high level of perfection, he was able to say: ‘I live; yet not I but Christ liveth in me’ (Gal. 2:20). He was beheaded in Rome in the reign of Nero at the same time as St. Peter.

At the time of his death, Paul was the founder of many of the ancient Orthodox churches of the East, but he is perhaps most closely associated with the Church of Antioch, which includes him with St. Peter as its patron saint.  Many of Paul’s missionary journeys were begun in Antioch.

St. Paul is celebrated with his own feast day on Oct. 29, as well as alongside the Apostle Peter on June 29.

(Adapted from The Prologue from Ochrid by St. Nikolaj Velimirovic)

Apolytikion of St. Paul (Tone 4)
We venerate thee with gladness, O preacher of the Gentiles and thrice great star, teacher of the Athenians and splendor of the world. We honor thy struggles and tortures suffered on behalf of Christ, and thy sacred martyrdom. O Holy Apostle Paul, intercede with Christ God that our souls be saved.

(Note: The preceding apolytikion for St. Paul is generally used only at churches dedicated solely to him. His feast day is celebrated with St. Peter on June 29, and so most churches use another apolytikion written for both saints when celebrating that feast.)

Kontakion of St. Paul (Tone 2)
As the light of the faithful, teacher and radiant consecrated gift, great Apostle, make us incline daily toward Christ the Creator of all, O richly renowned, that we obtain Divine mercy.