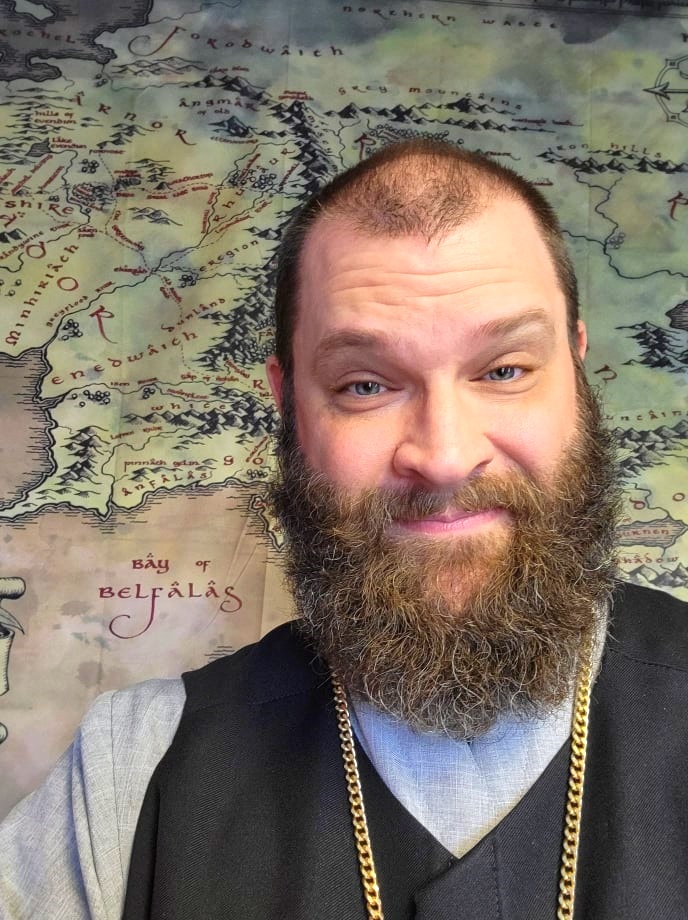 He has been podcasting since 2007 and is co-host of The Lord of Spirits (with Fr. Stephen De Young), Amon Sûl (with Richard Rohlin) and The Areopagus (with Michael Landsman) podcasts and host of Orthodox Engagement, Orthodoxy and Heterodoxy and Roads from Emmaus. He speaks frequently at lectures and retreats both in parishes and in other settings, and his work is well-known throughout the English-speaking Orthodox world not only for his books and podcasts, but also via documentaries and online video. His work has been translated into Romanian, Spanish, Mandarin Chinese, Lithuanian and Russian.

Fr. Andrew is in “attached” status at St. Paul’s and assists Fr. Joseph in priestly ministry as he is able.

Learn more about Fr. Andrew at his personal website.