The Orthodox Christian Church, also called the “Eastern Orthodox,” “Greek Orthodox” Church, or simply “the Orthodox Church,” is the oldest Christian Church in the world, founded by Jesus Christ and with its beginnings chronicled in the New Testament. (Our own Patriarchate of Antioch, one of the most ancient of Orthodox churches, was originally founded in A.D. 34 by Ss. Peter and Paul.) All other Christian churches and groups can be traced historically back to it.

With roughly 250 million members worldwide, Orthodoxy is second in size only to the Roman Catholic Church.  However, in spite of its size, relatively few Americans are aware that it exists.

The Orthodox Church has deep and lasting roots in Christian antiquity and is steeped in rich Biblical tradition. It has been the context of Christian living for millions of Christians for almost twenty centuries.

Yet one cannot understand the Orthodox Church merely by reading about it. Just as reading a biography about someone is no substitute for knowing the biography’s subject personally, Orthodox Christianity must be experienced firsthand to be understood. If you are in the Emmaus area or anywhere in the Lehigh Valley or East Penn area, we welcome and invite you to come worship with us, to “come, taste and see” (Psalm 34:8).

Even though Orthodox Christianity must be experienced directly to realize the fullness of its life, there are questions which are commonly asked when first visiting an Orthodox Church that can have some light shed upon them with a few brief words.

As such, we have prepared a series of articles beginning with An Introduction to Orthodox Christianity to answer some basic questions about the Orthodox Christian faith. Once you read the first article, you can read the next one by clicking the link at the bottom of the page. Alternatively, you can skip ahead to a particular section by using the “What is Orthodox Christianity?” menu available from anywhere on this site.

In addition to our local material, the Antiochian Orthodox Christian Archdiocese of North America has put together an extensive and well-organized selection of articles on its website entitled Discover Orthodox Christianity. It’s also an excellent starting place.

We also highly recommend that you visit OrthodoxIntro, a website for those looking into the Orthodox Church for the first time and who have questions about the Church and its faith.

The following articles provide an introductory look into the major beliefs and practices of the Orthodox Christian faith: 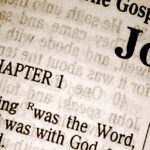 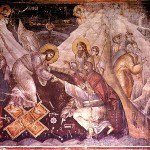 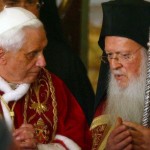 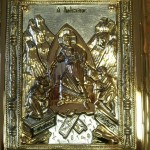