You are here: Home / Archives for John Chrysostom 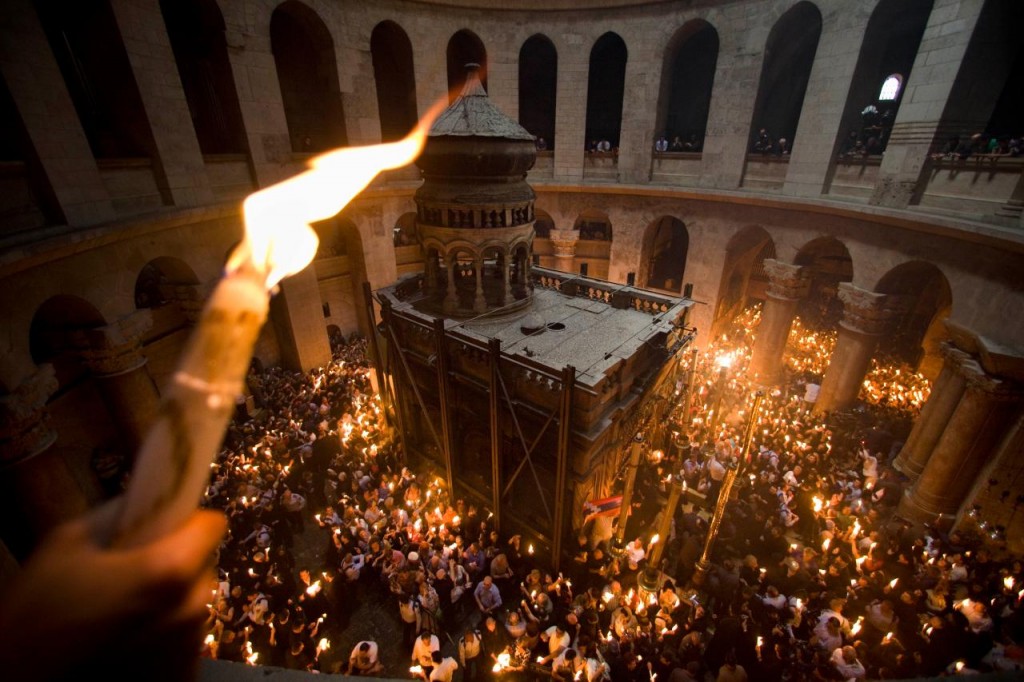 I behold a new and wondrous mystery!

My ears resound to the shepherd’s song, piping no soft melody, but loudly chanting a heavenly hymn!

The archangels blend their voices in harmony!

The cherubim resound their joyful praise!

The seraphim exalt His glory!

All join to praise this holy feast, beholding the Godhead here on earth and man in heaven. He who is above now, for our salvation, dwells here below; and we, who were lowly, are exalted by divine mercy!

Today Bethlehem resembles heaven, hearing from the stars the singing of angelic voices and, in place of the sun, witnessing the rising of the Sun of Justice!

Ask not how this is accomplished, for where God wills, the order of nature is overturned. For He willed. He had the powers. He descended. He saved. All things move in obedience to God.

Today He Who Is, is born! And He Who Is becomes what He was not! For when He was God, He became man-while not relinquishing the Godhead that is His.

And so the kings have come, and they have seen the heavenly King that has come upon the earth, not bringing with Him angels, nor archangels, nor thrones, nor dominions, nor powers, nor principalities, but, treading a new and solitary path, He has come forth from a spotless womb.

Yet He has not forsaken His angels, nor left them deprived of His care, nor because of His incarnation has He ceased being God. And behold kings have come, that they might serve the Leader of the Hosts of Heaven; Women, that they might adore Him Who was born of a woman so that He might change the pains of childbirth into joy; Virgins, to the Son of the Virgin.

Infants, that they may adore Him who became a little child, so that out of the mouths of infants He might perfect praise; Children, to the Child who raised up martyrs through the rage of Herod; Men, to Him who became man that He might heal the miseries of His servants;

Shepherds, to the Good Shepherd who was laid down His life for His sheep;

Priests, to Him who has become a High Priest according to the order of Melchizedek;

Servants, to Him who took upon Himself the form of a servant, that He might bless our stewardship with the reward of freedom (Philippians 2:7);

Fishermen, to the Fisher of humanity;

Publicans, to Him who from among them named a chosen evangelist;

Sinful women, to Him who exposed His feet to the tears of the repentant woman;

And that I may embrace them all together, all sinners have come, that they may look upon the Lamb of God who takes away the sins of the world! Since, therefore, all rejoice, I too desire to rejoice! I too wish to share the choral dance, to celebrate the festival! But I take my part, not plucking the harp nor with the music of the pipes nor holding a torch, but holding in my arms the cradle of Christ!

For this is all my hope!

This is my life!

This is my salvation!

This is my pipe, my harp!

And bearing it I come, and having from its power received the gift of speech, I too, with the angels and shepherds, sing:

“Glory to God in the Highest! and on earth peace to men of good will!”