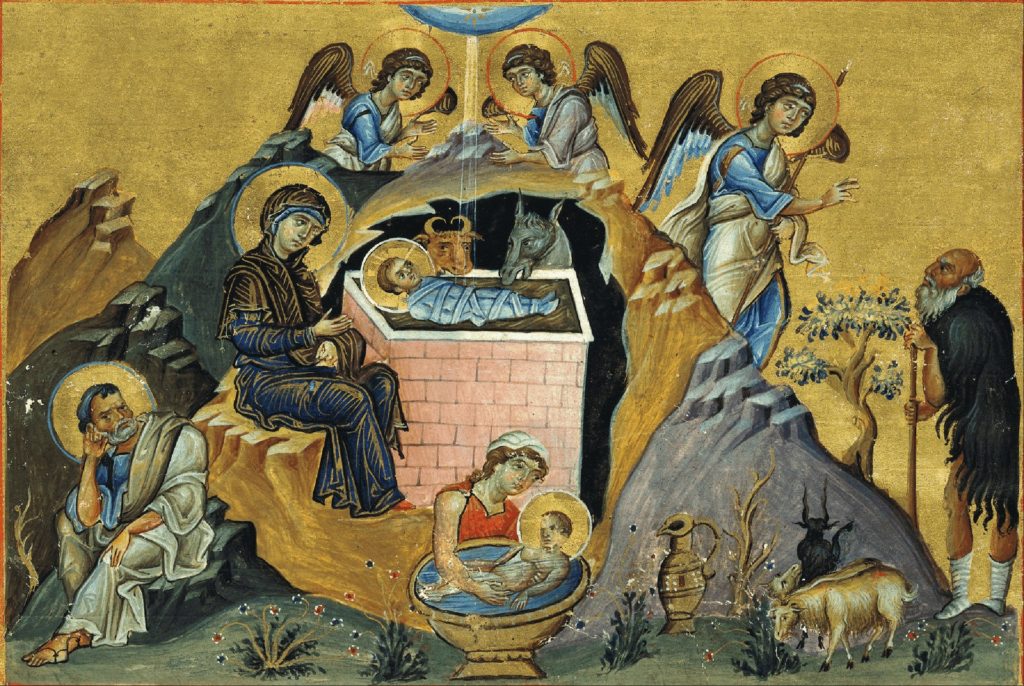 “The Word became flesh:” in this is the ultimate joy of the Christian faith. In this is the fullness of revelation. The same incarnate Lord is both perfect God and perfect man. The full significance and the ultimate purpose of human existence is revealed and realized in and through the Incarnation. He came down from Heaven to redeem the earth, to unite man with God for ever. “And became man.” The new age has been initiated. We count now the “anni Domini [years of the Lord]!” As St. Irenaeus wrote: “the Son of God became the Son of Man, that man also might become the son of God.” Not only is the original fullness of human nature restored or re-established in the Incarnation. Not only does human nature return to its once lost communion with God. The Incarnation is also the new revelation, the new and further step. The first Adam was a living soul. But the last Adam is the Lord from Heaven (1 Cor. 15:47).

Although with the Annunciation we have the moment of the Incarnation itself, the public appearance on this earth of the Lord of Heaven at His Nativity is celebrated most festively in December as the beginning of the story of our salvation. And it is right that we should celebrate. Can there be anything, other than the divine moment of Pascha, which should bring us more joy than the coming of our God?

But our celebration has to be based in an understanding of what is actually happening with the revelation of the Son of God as the Son of Man. It is not the moment where He steps into a story already known and already revealed. It is the moment when the final chapter of the story itself has begun, when we begin to discover how the story will be consummated, how the divine Hero and conquering King makes His appearance and what He is about to do.

This moment of the Nativity of Jesus Christ is fundamentally new content, new narrative, new history. It is in a sense even a “surprise ending,” for neither death nor the devil—nor much of mankind—expected that the Lord from Heaven should come to us as a babe, a babe Whose mission is to destroy death itself. That is why we cry out: Christ is born! Glorify Him!