All services will be held at St. Paul Antiochian Orthodox Church (directions) and will be presided over by His Grace, the Right Reverend Bishop THOMAS.

BIOGRAPHY OF FR. THEODORE
The Very Rev. Archpriest Theodore J. Mikovich (affectionately known as “Fr. Ted”) was born on September 18, 1945, to Orthodox parents, John and Anna (Goida) Mikovich in Nesquehoning, Pennsylvania, with two sisters, Helen (Berezniak) and Dorothy (Macenka). He was baptized by the Rev. John Zeliniak in St. John’s American Russian Orthodox Church (American Carpatho-Russian Orthodox Diocese) in Nesquehoning. It was in this church that as a young boy he served as an acolyte. It was also at St. John’s that he began a life long career in teaching when he became a student religious education teacher. There he received the Boy Scouts of America “God and Country” Award, known in the Orthodox Church as the Alpha Omega Award.

Fr. Theodore was a graduate of Nesquehoning High School and East Stroudsburg University, where he received a Bachelor of Science degree in Education. He also earned a Master of Education degree from East Stroudsburg University. He was certified to teach kindergarten through eighth grade in the state of Pennsylvania. In 1967 he began his professional teaching career in the Salisbury school district. 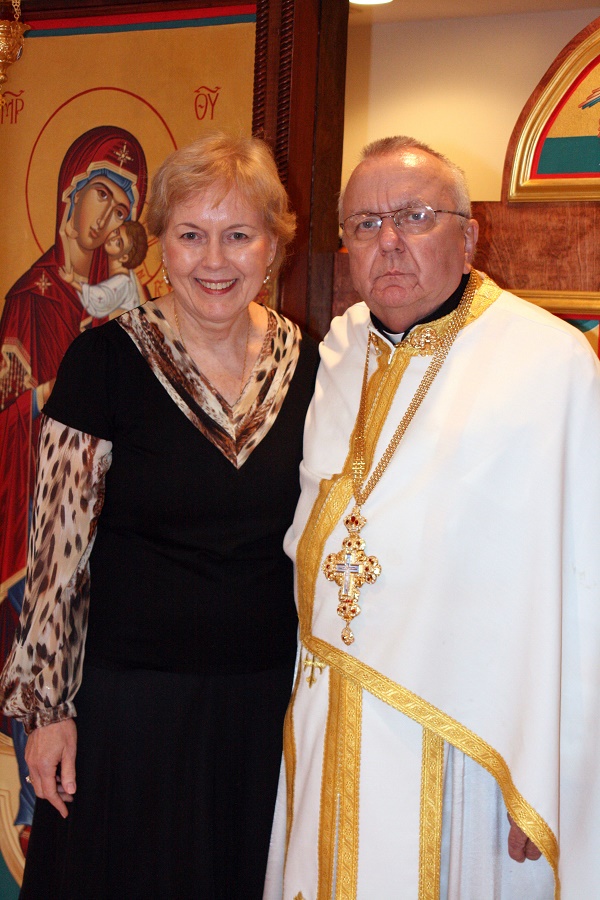 Under the spiritual guidance of the Very Rev. Dimitri Voytilla, Fr. Theodore continued active church service as an acolyte, reader and adult education teacher at St. Nicholas Russian Orthodox Church (OCA) in Bethlehem. He became a member of the Department of Education at St. Tikhon’s Orthodox Theological Seminary, and in 1983 he was accepted into the seminary as an extension student.

On February 27, 1991, Fr. Theodore was tonsured a reader and ordained a subdeacon by His Grace Bishop NICHOLAS of the American Carpatho-Russian Orthodox Diocese. Under the spiritual direction of the Very Rev. Robert Rebeck, he entered the Deacon Program at the Annunciation Retreat Center in Tuxedo Park, New York. On July 18, 2002, he received a Master of Arts degree in Applied Orthodox Theology from the University of Balamand in El-Koura, Lebanon, via the Antiochian House of Studies. 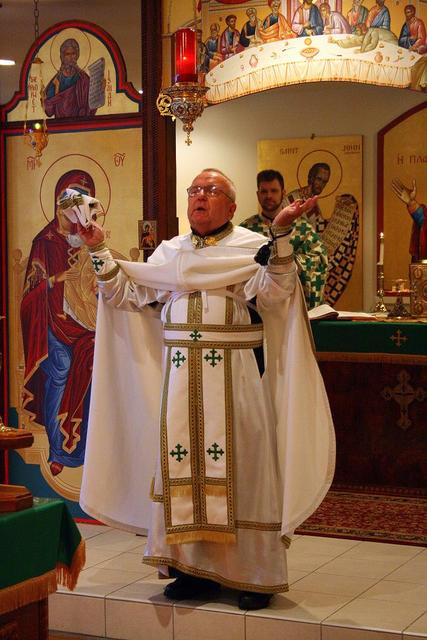 Fr. Theodore served as pastor through June 2009, when he retired from active ministry. On October 18, 2009, he was elevated to the rank of archpriest by His Grace, Bishop THOMAS. In retirement, he continued to serve in various parishes, including as interim pastor for a number of months at St. George Antiochian Orthodox Church in Upper Darby, Pennsylvania, following the untimely death of its pastor.

On May 5, 2016, after many battles with stroke-related illnesses over a two-year period, Fr. Theodore reposed in the Lord.